3D
360°
Featured Scan The World
2,541 views 240 downloads
2 collections
Community Prints Add your picture
Be the first to share a picture of this printed object
0 comments

This fragment belonged to the lid of the monarch's mummiform sarcophagus. He is portrayed as Osiris, eternal ruler of the netherworld. The broken beard originally had a curled tip.

This sarcophagus was placed inside a box-shaped outer one of red granite. The two were found smashed and displaced by ancient robbers. Both sarcophagi have been restored on location from extant fragments in the tomb and a cast of his face. 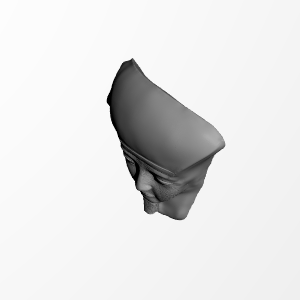