3D
Scan The World
4,870 views 440 downloads
5 collections
Community Prints Add your picture
Be the first to share a picture of this printed object
0 comments

This is a modern abstract sculpture depicting Little Mermaid a character described in the so-called book. "The Little Mermaid" (Danish: Den Lille have) is a fairy tale written by the Danish author Hans Christian Andersen about a young mermaid who is willing to give up her life in the sea and her identity as a mermaid to gain a human soul.

The tale was first published in 1837 and has been adapted to various media, including musical theatre, anime and a Disney animated film. 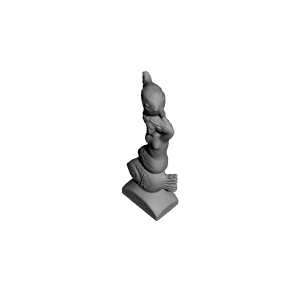