I really liked Clockspring's original Little Stacking Boxes. They're really useful when it comes to keeping electronics components organised while I'm building something up.

The only problem with them was that they're a little small for through-hole components with long leads like resistors and diodes.

So, I modified the STL to make it have a 70mm inner width rather than 50mm. The depth and height remain the same as the original.

Naturally, as it's not the same footprint as the original, it doesn't stack with the original, but it stacks with more of itself. 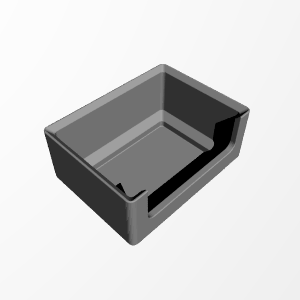