3D
5,025 views 684 downloads
9 collections
Community Prints Add your picture
Be the first to share a picture of this printed object
0 comments

Namdaemun (South Great Gate), officially known as the Sungnyemun (Gate of Exalted Ceremonies), is one of the Eight Gates in the Fortress Wall of Seoul, South Korea, which surrounded the city in the Joseon dynasty. The gate, dating back to the 14th century, is a historic pagoda-style gateway, and is designated as the first National Treasure of South Korea. It was first built 1398 and rebuilt in 1447.

MiniWorld 3D is excited to bring this charming model to life. This model also represents South Korea in our Russia 2018 FIFA World Cup Collection and was made from scratch by hand and brain in Autodesk Fusion 360 by collaborator Brian  Mauricio Sanchez, please give credit, it's all about spreading culture and education! 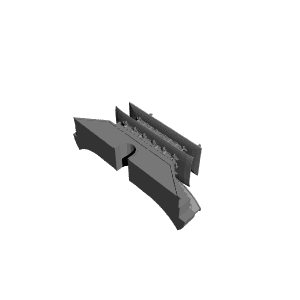 ×
9 collections where you can find Namdaemun Gate - Seoul von MiniWorld