3D
Scan The World
5,172 views 405 downloads
1 collection
Community Prints Add your picture
Be the first to share a picture of this printed object
0 comments

A 9m-high bronze statue of Nelson Mandela was unveiled at the Union Buildings in Pretoria on the 16th of December 2013. The Union Buildings, designed by Sir Herbert Baker, were once synonymous with apartheid South Africa. Since Nelson Mandela's inauguration on 10th of May 1994 as South Africa's first democratically elected president, they have come to represent the new democracy. The housed Mandela's presidential offices in Pretoria from 1994 to 1999, and after his passing his body lay in statue at the Union Buildings.

The statue of Mandela with his arms outstretched, embracing the entire nation, was unveiled by President Jacob Zuma on the 16th of December, the day after Mandela's funeral, as part of the annual celebrations of Reconciliation Day and the commemoration of the centenary of the Union Buildings. 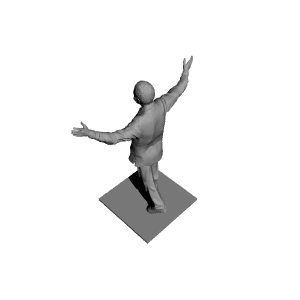 ×
1 collections where you can find Nelson Mandela in Pretoria, South Africa von Scan The World