Nereid from the Fountain of Neptune

3D
Featured Scan The World
4,758 views 606 downloads
7 collections
Community Prints Add your picture
Be the first to share a picture of this printed object
0 comments

Nereid from the Fountain of Neptune

The Fountain of Neptune in Bologna was completely designed, with the exception of Neptune himself (which was created by Gianbologna), by Tommaso Laureti. Painter, engineer and sculptor from Palermo, he designed and planned the whole structure of the fountain, from its external decorations to the tubes that even nowadays connect the fountain to the cistern on the hills, also designed by Laureti, called the Cistern of Valverde.

The base of the fountain is decorated by four Latin sentences that recall its genesis: "aere publico" meaning built with the citizens money, "popoli commodo" which reminds us of its service to the people of Bologna, "fori ornamento" concerning the decorative function of the fountain and the fourth inscription with the date of its construction, 1563.

The base is flanked by four nude Nereids, two-tailed sea nymphs. The sensuality of the Nereids caused a great turmoil during the years following its inauguration. The application of the rules by the Council of Trent in 153 and the aim for a higher morality had as result the censoring of art pieces (we may recall that this was the period in which trousers were painted in the Sistine Chapel) and the Nereids were considered outrageous. Apparently, young ladies from good Catholic families in Bologna avoided passing in front of them when reaching into the main square. 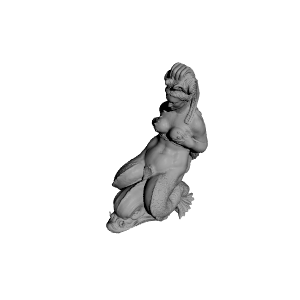