3D
Scan The World
2,299 views 80 downloads
1 collection
Community Prints Add your picture
Be the first to share a picture of this printed object
0 comments

Four men, now badly mutilated, stand leaning on sticks. Their original appearance is better understood from an 18th century cast. They appear to form an ezclusive group set apart from the procession. A corresponding group of men stand on the other side of the gods. Together they may be heroes or civic dignitaries. 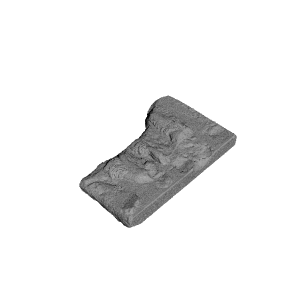 ×
1 collections where you can find Parthenon Frieze _ East VI, 43-46 von Scan The World