3D
Scan The World
1,366 views 43 downloads
Community Prints Add your picture
Be the first to share a picture of this printed object
0 comments

This portrait pays a tribute to Filippo Brunelleschi

Filippo Brunelleschi (1377 – April 15, 1446) was an Italian designer and a key figure in architecture, recognised to be the first modern engineer, planner and sole construction supervisor. He was one of the founding fathers of the Renaissance. He is generally well known for developing a technique for linear perspective in art and for building the dome of the Florence Cathedral. Heavily depending on mirrors and geometry, to "reinforce Christian spiritual reality", his formulation of linear perspective governed pictorial depiction of space until the late 19th century. It also had the most profound – and quite unanticipated – influence on the rise of modern science. His accomplishments also include other architectural works, sculpture, mathematics, engineering, and ship design. His principal surviving works are to be found in Florence, Italy. Unfortunately, his two original linear perspective panels have been lost.

Andrea di Lazzaro Cavalcanti, born in 1412 in Borgo a Buggiano and died on February 21, 1462 in Florence, is an Italian sculptor and architect and the adopted son of Filippo Brunelleschi (1419). 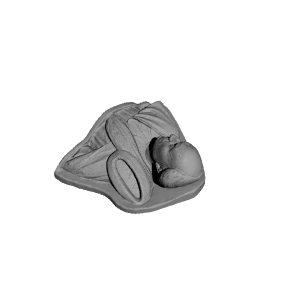