Relief of the Ara Pacis Augustae with Procession

3D
Featured Scan The World
1,439 views 191 downloads
2 collections
Community Prints Add your picture
Be the first to share a picture of this printed object
0 comments

Relief of the Ara Pacis Augustae with Procession

Scan of a plaster cast produced by the Istituto d'Arte di Porta Romana (Florence) in 1981 from a 19th century mould. The original was formerly in Rome, but the reliefs reached Florence between the 16th and 18th centuries.

The Procession shows a cortege comprising of the highest officers of the priesthood in Rome, the emperor in his capacity as pontiflex maximus, and the members of his family. On the sourthern side, here reproduced, we see his son-in-law Agrippa with his wife Julia and his son Gaius, his stepsons Tiberius and Drusus, the sons of the Empress Livia, and his sister Octavia's two daughters, Antonia the Elder and Antonia the Younger accompanied by their respective husbands and children. Augustus's family cortege continues on the northern side with his Livia and his nephew Lucius.

The Ara Pacis Augustae or Altar of the Augustan Peace in Rome was built to celebrate the return of Augustus in 13 BCE from his campaigns in Spain and Gaul. The marble structure, which once stood on the Campus Martius, is a masterpiece of Roman sculpture and, in particular, of portraiture. Senators, officials and the Imperial family are depicted on the wall reliefs of the monument in an animated procession, perhaps, the very procession which consecrated the altar site on 4th July 13 BCE or the celebratory procession to welcome the emperor’s return. 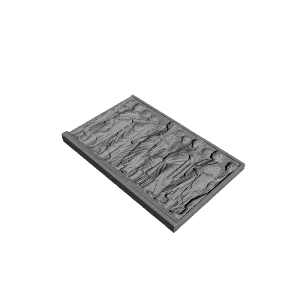