3D
Scan The World
3,092 views 387 downloads
7 collections
Community Prints Add your picture
Be the first to share a picture of this printed object
0 comments

This work is based on Flaubert’s great historical novel, ‘Salammbo’, of 1862.
It tells of how, during the wars between the Carthaginians and the barbarians in the 3rd century BC, Salammbo, the daughter of the Carthaginian leader, "entwined herself with the genius of her family, with the very religion of her country under its most ancient symbol", that is with a huge snake.
With this sacred protection she then went out to the barbarian camp to retrieve the famous veil, the loss of which had caused defeat for the Carthaginians. 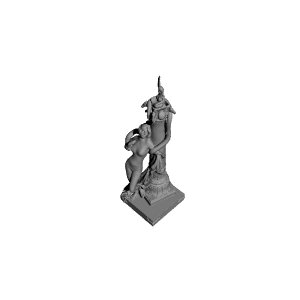 ×
7 collections where you can find Salammbo von Scan The World