3D
Scan The World
1,981 views 161 downloads
Community Prints Add your picture
Be the first to share a picture of this printed object
0 comments

In ancient Roman religion, Ceres (/ˈsɪəriːz/; Latin: Cerēs [ˈkɛreːs]) was a goddess of agriculture, grain crops, fertility and motherly relationships. She was originally the central deity in Rome's so-called plebeian or Aventine Triad, then was paired with her daughter Proserpina in what Romans described as "the Greek rites of Ceres". Her seven-day April festival of Cerealia included the popular LudiCeriales (Ceres' games). She was also honoured in the May lustratio of the fields at the Ambarvalia festival, at harvest-time, and during Roman marriages and funeral rites. 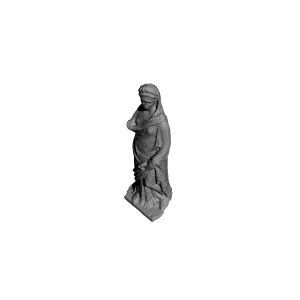