3D
Scan The World
1,124 views 47 downloads
Add to collection
0 0
Community Prints Add your picture
Be the first to share a picture of this printed object
0 comments

Skulls and trophy heads are frequently depicted on the stone markers which project from ball-court walls. These objects are often misleading referred to as hachas (Spanish for 'axes'). Some could also have served as moulds to make leather attachments for a ball player's waist belt. The hard rubber ball used in the ball game was itself likened to a human head.

Easy printing, no supports or rafts. 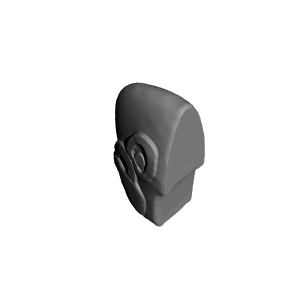