Hi, this is Yvan from MyMiniFactory Academy.

This is part of my project about Google Doodles. Today was Nikola Tesla's birthday. Nikola Tesla is a renowned scientist due to his work about electricity. There is a part of myth surrounding his name : he was said to have mastered lightning bolts and to have created a death ray. Neither have been verified, but was is sure is that he tried to build a wireless communication support : the Tesla Tower (also known as Wardenclyffe Tower). This tower somehow became Tesla's symbol.

The model was pretty complicated, so I had to remove the roof tiles and some other details. It should be printable. 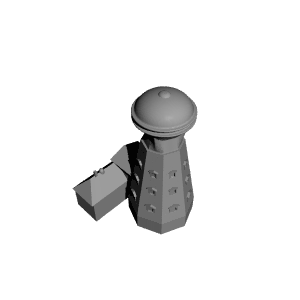 Turned out real nice! But I needed to add a little disk below the tower because the tower is not on the same level as the house. I just made one in blender and fused them together in Simplify3d. No Supports, 0.2 Layer height.