3D
Scan The World
1,329 views 44 downloads
Community Prints Add your picture
Be the first to share a picture of this printed object
0 comments

The London Noses or Seven Noses of Soho are an artistic installation found on buildings in London. They are plaster of Paris reproductions of the artist's nose which protrude from walls in an incongruous and unexpected way. They were created by artist Rick Buckley in 1997. Initially, about 35 were attached to buildings such as the National Gallery and Tate Britain but now only about 10 survive. 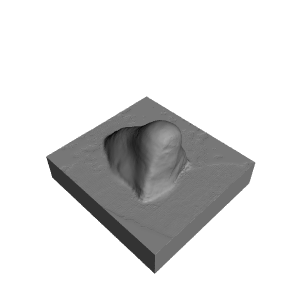