3D
Scan The World
2,782 views 112 downloads
2 collections
Community Prints Add your picture
Be the first to share a picture of this printed object
0 comments

Jacob Kramer (1892-1962) was a painter, originally from the Ukraine, who settled in Leeds in 1900. Epstein asked Kramer to model for him, and offered to sit for Kramer in return. He later wrote: ‘The Leeds painter, Kramer, was a model who seemed to be on fire. He was extraordinarily nervous. Energy seemed to leap into his hair as he sat, and sometimes he would be shaken by queer trembling like ague. I would try to calm him so as to get on with the work’. 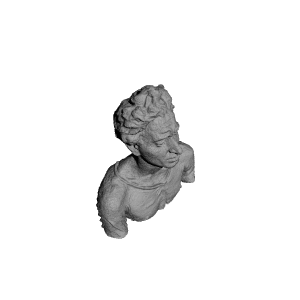