Allegory of agriculture is represented with a woman with a spade and some legume/fruits (like corn, apple).

Born in Florence, he worked in Prato with Donatello and Michelozzo, who influenced him greatly. In 1441, he was accused of stealing precious materials from a Florentine monastery and was banished from his native city as a result. The following year he continued the work on the altar of S. Geminiano for the Cathedral of Modena, a work noticeable for the influence of Michelozzo.

In 1446, he studied late Gothic sculpture in Venice and met Matteo de' Pasti, a fellow sculptor who called on him to execute the sculptural decoration of the Tempio Malatestiano in Rimini, where he stayed from 1449 to 1457. The decorations were supposed to be a sort of mediaeval encyclopedia, with reliefs of zodiacal and other allegorical and mythological figures.

Between 1457 and 1462 he created the marble façade of the church of S. Bernardino at Perugia and the following years until 1470 he created many works especially in Florence, such as a Madonna d'Auvillers for Piero di Cosimo de' Medici, now found at the Louvre. In 1473 he designed the outer facade of the Porta di San Pietro in the city walls of Perugia, in a style influenced by Leone Battista Alberti. Other works are at Amelia and at the National Gallery of Umbria at Perugia. He died in about 1481 in Perugia.

Printed vertically in vase mode, layer height 0.1mm and 0% infill. If you have a moving bed, make sure to place the model with the long side of the base in the same direction of the moving bed. Otherwise vibrations could knock off the model. 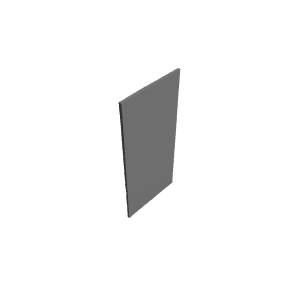