Zeus, god of the sky, lightning and thunder, was 1 of 6 children born from Cronus and Rhea, (2 of the 12 titans). The titans were the offspring of Gaia (Earth) and Uranus (sky). One of the most famous tales of Cronus, is how he overthrew his father by castrating him with a sickle made by Gaia. So that Cronus could not be overthrown like he did Uranus, Cronus swallowed every child his consort Rhea gave birth to – except for Zeus. When Zeus was conceived Rhea hid on Earth to give birth and gave Cronus a boulder disguised as a child to swallow. Zeus was raised by the beings and mythical creatures on Earth. Later on he teamed up with the Earth and Sea to concoct a remedy that would make Cronus unconscious and throw up his siblings: Hestia, Demeter, Hera, Hades and Poseidon. Years later the gods went to war with the Titans, the Gods were given a special weapons of their choice created by the powers of the Earth and Sky. Zeus was given his infamous lightning bolt, Poseidon his trident and for Hades a cap of invisibility. The war with the Titans was followed by a war with Giants, both were won by Zeus won. With these victories, Zeus became King of the Gods in Olympus.

Credit: The Greek Myths by Robin and Kathryn Waterfield (2011). 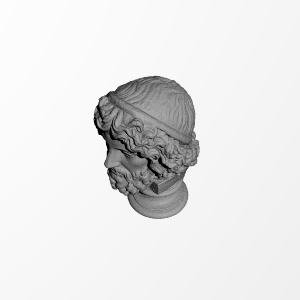