Caligula (/kəˈlɪɡjʊlə/; Latin: Gaius Julius Caesar Augustus Germanicus; 31 August AD 12 – 24 January AD 41), formally known as Gaius Caesar, was Roman emperor from AD 37 to AD 41. The son of Germanicus, a popular Roman general, and Agrippina the Elder, the granddaughter of Augustus. Caligula was born into the first ruling family of the Roman Empire, conventionally known as the Julio-Claudian dynasty.

In early AD 41, Caligula was assassinated as a result of a conspiracy by officers of the Praetorian Guard, senators, and courtiers. The conspirators' attempt to use the opportunity to restore the Roman Republic was thwarted, however. On the day of the assassination of Caligula, the Praetorians declared Caligula's uncle, Claudius, the next Roman emperor. Although the Julio-Claudian dynasty continued to rule the empire until the fall of Nero in AD 68, Caligula's death marked the official end of the Julii Caesares in the male line. 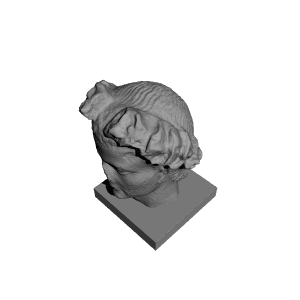