This cast of Chief Bokani (unknown, c.1900) was taken in 1905 by Welsh Sculptor Goscombe John. Bokani was part of a group of six African Pygmies taken to the Natural History Museum in London as a 'living specimen'. They appear to have toured British theatres afterwards, with William Hoffman. It seems possible that the cast of Bokani was taken during a stint performing at the Empire Theatre on Nicolson Street, Edinburgh. During this tour the group met with the King Edward VII and Queen Alexandra, and are thought to have performed to as many as a million British citizens. When not touring they lived in Yorkshire; this pattern continued until 1908, when the Pygmies returned home.

A recording of Chief Bokani speaking Swahili was the first commercial recording of African music or language in Britain. The gramophone recording was taken in 1905, the same year as his cast, and sold from 1906 onwards.

The example of Bokani shows the Phrenological and wider scientific contemporary attitude that individuals of different races could be used as 'living specimens'. This collection of casts sheds an interesting light on a 19th and 20th century preoccupation with race and science. 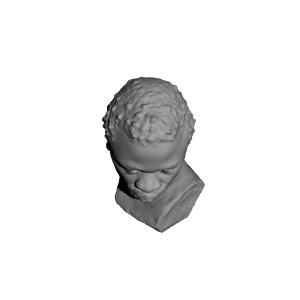