It is the third installment in the Diablo franchise and was released in the Americas, Europe, South Korea, and Taiwan on May 15, 2012, and Russia on June 7, 2012, for Microsoft Windows and OS X.

A console version was released for the PlayStation 3 and Xbox 360 on September 3, 2013.

Versions for PlayStation 4 and Xbox One were released on August 19, 2014.

In the game, players choose one of six character classes—Barbarian, Crusader, Demon Hunter, Monk, Witch Doctor or Wizard—and are tasked with defeating the Lord of Terror, Diablo.

Across all platforms it has sold 15 million copies.

Diablo III received acclaim from critics, although its digital rights management that requires an internet connection at all times, in game auction house, and lack of end game content were criticized.

The expansion pack Diablo III: Reaper of Souls was released for the Windows and OS X editions of the game on March 25, 2014. 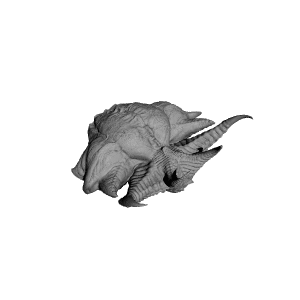 i really should have tried harder on support management to get rid of the supports on the vertical surfaces that were unnecessary but damn if it isn't a cool looking model.

Thanks for this great model!