Demetrius "Dositej" Obradovic  (1739-1811) was a Serbian writer, philosopher, dramatist , librettist , linguist , traveler, polyglot and the first minister of education of Serbia. An influential protagonist of the Serbian national and cultural renaissance, he advocated Enlightenment and rationalist ideas while remaining a Serbian patriot and an adherent of the Serbian Orthodox Church . Founder of modern Serbian literature , he is commonly referred to by his mononym , first name alone. He became a monk in the Serb Orthodox monastery of Hopovo, in the Srem region , and acquired the name Dositej. He translated many European classics, including Aesop's Fables , intoSerbian . He was a contemporary of Gotthold Ephraim Lessing, Johann Jakob Engel, Carlo Goldoni and others.

Easy print with supports on head. 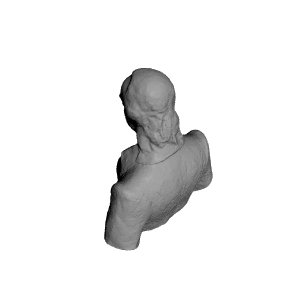