Germanicus or one of his sons

Germanicus or one of his sons

Germanicus (Latin: Germanicus Julius Caesar; 24 May 15 BC – 10 October AD 19) was a member of the Julio-Claudian dynasty and a prominent general of the Roman Empire known for his campaigns in Germania. The son of Nero Claudius Drusus and Antonia Minor, Germanicus was born into a prominent branch of the patrician gens Claudia.

As a famous general, he was widely popular and regarded as the ideal Roman long after his death. To the Roman people, Germanicus was the Roman equivalent of Alexander the Great due to the nature of his death at a young age, his virtuous character, his dashing physique, and his military renown. 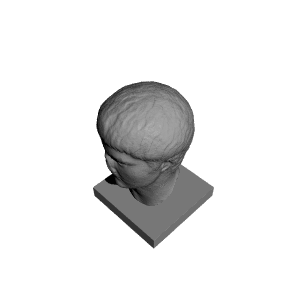