Hestia was the goddess of the hearth, family, and domestic life. She was not worshipped publicly, which is evident by the lack of temples and shrines attributed to her; this comes in contrast to the Roman equivalent goddess Vesta, who represented the public hearth. Her name meant both a house and a hearth, symbolising the home and its residents. She also represented the coalition and relationship between the colonies and the mother cities. She was Zeus' sister, but although initially she was included in the Olympian gods, she was later replaced by Dionysus. She took a vow to remain a virgin, refusing to give in to the callings of Poseidon and Apollo; once, she was almost raped by Priapus, a lesser god of fertility, but was saved thanks to the braying of a mule. 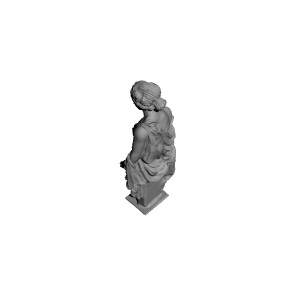