Illidan Stormrage is a character from World of Warcraft and Heroes of the Storm, he is the current Lord of Outland and serves as the final boss of Black Temple; he is the twin brother of Malfurion Stormrage. He is often referred to as the betrayer due to his acts against his own kind, for which he suffered imprisonment.

This is a miniature version of The Warglaives of Azzinoth, his choice of weapon! Soon to be uploaded are the FULL SIZE weapons, perfect for cosplay!

Models of Illidan are also soon to come from Ricardo.

printed at 0.2mm layer height with 10% infill, print two to be just like Illidan ;) 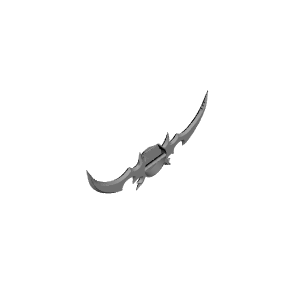