A masterpiece of Middle Kingdom royal sculpture, this statue of the Twelfth Dynasty king Senwosret III encapsulates one basic theme of this installation: the interaction between permanence and change. By the time an artist carved this piece, the seated pose had been part of Egyptian tradition for more than eight hundred years; most of the elements of the costume had been around even longer. However, the style of carving—note Senwosret’s expressive face—had been in vogue for less than a generation. 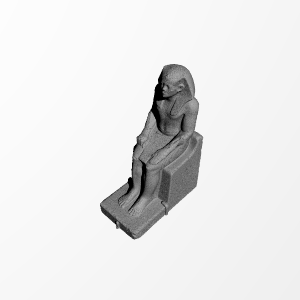