The Oriental mother-goddess was worshipped in Italy from 204 BC. She is represented seated on a throne flanked by lions. On her head she wears a crown depicting a city wall with turrets and gates.

She is Phrygia’s only known goddess, and was probably its state deity. Her Phrygian cult was adopted and adapted by Greek colonists of Asia Minor and spread to mainland Greece and its more distant western colonies around the 6th century BCE. (Wikipedia) 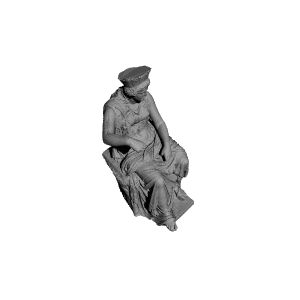