The Lewis Chessmen are an important symbol of the development of European civilisation. They were probably made in Norway, about AD 1150- 1200. At this period, the Western Isles, where the chess pieces were buried, were part of the Kingdom of Norway, not Scotland. It seems likely they were buried for safe keeping on route to be traded in Ireland. Nowadays regarded as one of the most prominent surviving artifacts from the Middle Ages, the chess pieces testify to the strong cultural and political connections between Britain and Scandinavia at that time, and to the growing popularity within Europe of the game of chess, the origins of which lie in ancient India.

The original hoard of 93 figures (mostly carved out of walrus ivory) was found in 1831, making four complete sets of chess pieces with the exception of one knight and four warders.

This piece is believed to be the first Lewis Chessman to have been found since then. It was acquired for £5 in 1964 by an antiques dealer in Edinburgh and passed down the same family, who have held it as family heirloom for years, unaware of the unbelievable origin of the object. After their recent inquiry, the warder was recognised and afterwards sold for £735,000 as part of the Old Master Sculpture & Works of Art sale at the auction house Sotheby's in London. 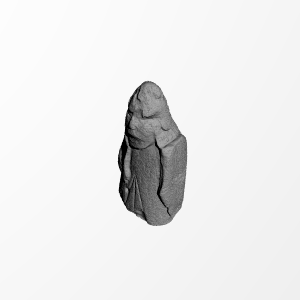