The Nebra sky disk is a bronze disk of around 30 centimeters (12 in) diameter and a weight of 2.2 kilograms (4.9 lb), having a blue-green patina and inlaid with gold symbols. These symbols are interpreted generally as the sun or full moon, a lunar crescent, and stars (including a cluster of seven interpreted as the Pleiades). Two golden arcs along the sides, interpreted to mark the angle between the solstices, were added later. A final addition was another arc at the bottom surrounded with multiple strokes (of uncertain meaning, variously interpreted as a Solar Barge with numerous oars, the Milky Way, or a rainbow).

The disk is attributed to a site in present-day Germany near Nebra, Saxony-Anhalt, and dated by Archaeological association to c. 1600 BC. Researchers suggest the disk is an artifact of the Bronze Age Unetice culture.

The style in which the disk is executed was unlike any artistic style then known from the period, with the result that the object was initially suspected of being a forgery, but is now widely accepted as authentic.

The Nebra sky disk features the oldest concrete depiction of the cosmos yet known from anywhere in the world. In June 2013 it was included in the UNESCO Memory of the World Register and termed "one of the most important archaeological finds of the twentieth century 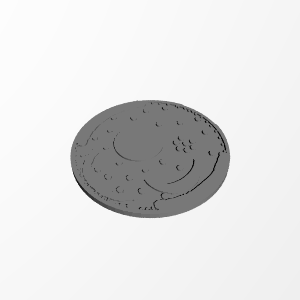