Nike and her siblings were close companions of Zeus, the dominant deity of the Greek pantheon. According to classical (later) myth, Styx brought them to Zeus when the god was assembling allies for the Titanomachy against the older deities. Nike assumed the role of the divine charioteer, a role in which she often is portrayed in Classical Greek art. Nike flew around battlefields rewarding the victors with glory and fame, symbolized by a wreath of Laurel leaves (Bay leaves).
Statuette of goddess Nike found in Vani, Georgia.

Nike is seen with wings in most statues and paintings, with one of the most famous being the Winged Victory of Samothrace. Most other winged deities in the Greek pantheon had shed their wings by Classical times. Nike is the goddess of strength, speed, and victory. Nike was a very close acquaintance of Athena, and is thought to have stood in Athena's outstretched hand in the statue of Athena located in the Parthenon. Nike is also one of the most commonly portrayed figures on Greek coins.

Print standing up on the right hand side flat edge. Use a brim to provide stability, Test print used supports touching the build plate only. Min time to print is for 0.15 mm layer height and max is for 0.1 mm. Test print in the photos was printed at 0.1 mm. 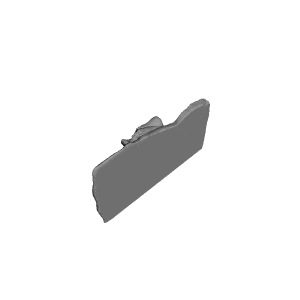