The southern branch of the procession follows a similar pattern to the northern. While the North frieze has sixty horsemen carved over nineteen blocks, the South frieze, however, features the same number carved over twenty-four blocks. Ten groups of six in the South cavalcade, defined by dress, probably represent the division of the Athenian cavalry itself into ten tribal units. The horsemen of the south frieze are less well preserved than those of the north, and the composition is less varied. The explosion of the Parthenon in 1687 damaged the South frieze the most.

This block shows a horseman, wearing a chlamys, a tunic, knee-length boots and a type of animal skin cap with ear- and neck-flaps (alopekis). A fragment preserving figure 4 was presented to the British Museum by C.R. Cockerell in 1830.The Horsemen of the south frieze, sixty horsemen were carved over twenty-four blocks. Their composition is less varied that those of the nroth. They divide into ten equal ranks of six, each rank distinguished by a particular dress. This must reflect the ten-fold tribal division of the Athenian cavalry.

The south side of the frieze is preserved fragmentarily and the sculptured surface was badly damaged in the tremendous catastrophe suffered by the Parthenon in the explosion of 1687 . This is why the sequence from block XX on is uncertain. Even so, the Carrey drawings show the representations on many of the missing sections and have enabled us to locate a number of existing fragments. The original length of the frieze along the south side was 58.70 m. It was composed of forty-seven blocks, some of which are exhibited in the Acropolis Museum, others in the British Museum. The average width of each block is 1.22 m. The workmanship as a whole is clearly less skillful than that of the north frieze, although some of the scenes may be numbered among the masterpieces of the Parthenon (blocks III, X, XI, XXVI, XXXI and XLIV).
The procession begins at the west corner and proceeds toward the right. The variety of pose, garment and movement of figures and animals seen in the north frieze is missing here. The riders move in a straight line, looking straight ahead, with a single exception on block V, rider (13). The varied rendition of the horses’ trimmed manes reflects their speed of movement.
As in the north frieze, the sections evident in the south, are: a) the horsemen, b) the chariots and c) the sacrificial procession.
It is likely that the arrangement of the horsemen in the procession was according to tribe, following the political organisation of the Athenian state. The variation seen in the garments, according to which there are ten groups of six riders each, appears to support this interpretation. The horsemen of the first group (2-7) wear a fox-hide cap, short chiton, chlamys and boots, the second group (8-13) only chlamys. In the third group the horsemen (14-19) wear a short cuirass over a short chiton and boots. The horsemen of the fourth group (20-25) are clad in short chiton and chlamys, of the fifth (26-31) anatomical cuirass over short chiton and boots. The horsemen of the sixth group (32-37) wear a fox-skin cap, short chiton over which is a cuirass with flaps, and boots. Those of the seventh group (38-43) wear helmet of Athenian type, short chiton, chlamys and boots and of the eighth group (44-49), chlamys over short chiton and boots. The riders of the ninth group (50-55) are clad in petasos, short chiton, chlamys and boots and, last, the tenth group comprises horsemen (56-61) wearing short chiton and boots.
Then comes the procession of chariots, which, as a result of the 1687 explosion, is very fragmentary and preserved only in interrupted stretches. Five blocks are missing altogether. Ten chariots are in the course, each taking up a single block. Some are standing still (XXVI), some starting (XXIX) and some race full speed ahead (XXXI).
Depicted on the blocks that follow is the procession of the sacrifice. Taking part are thallophoroi with olive branches, musicians with citharas (kitharai), skaphephoroi with offering trays and the animals with their herdsmen. 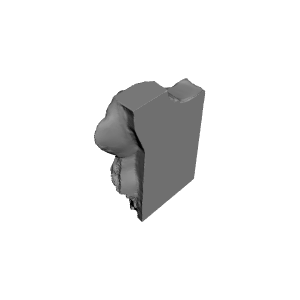