This is a classic depiction of Saint Paul standing barefoot with a book in his hands. Paul the Apostle, commonly known as Saint Paul and also known by his Jewish name Saul of Tarsus was an apostle (though not one of the Twelve Apostles) who taught the gospel of Christ to the first-century world.

Paul is generally considered one of the most important figures of the Apostolic Age and in the mid-30s to the mid-50s AD, he founded several churches in Asia Minor and Europe. He took advantage of his status as both a Jew and a Roman citizen to minister to both Jewish and Roman audiences. 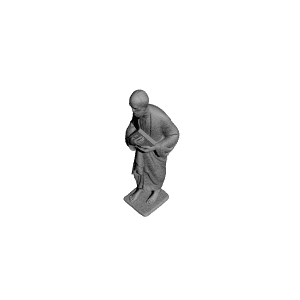