Discovered in a quarry near Rome in 1671, this portrait was purchased by Cardinal Leopoldo de' Medici (1617-75) and entered the Gallery in 1676. Its facial features are those of Antinous, lover of the Emperor Hadrian (117-138 AD), known for his premature and somewhat mysterious death in the waters of the Nile in 130 AD.

The elegance of form and design of the bust are closely reminiscent of the so-called 'Tiber Apollo", from which the artist drew his inspiration in an attempt to do full justice to the idea of a physique suspended between youth and adulthood.

Restored in 2009 thanks to the Friends of Florence Foundation with a major contribution from Ted and Angela Guarriello in honour of their sons Max and Theo Guarriello. 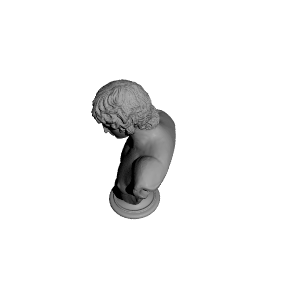