Auguste Rodin immersed himself in the study of Honoré de Balzac (1799–1850) for seven years after receiving a commission from a literary society to create a statue of the writer in 1891. This deliberately ungainly nude portrait, which stresses Balzac’s vitality and candor, was an early version of the work. The literary society rejected the final statue, as did the public, who viewed it at the Salon of 1898. 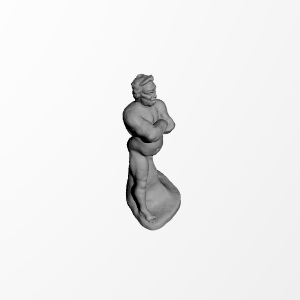