Both were bought in Naples in 1860, having been placed face-down within the Jesuit's church and subsequently removed by a stone mason. The sculptor is unknown, however it is likely he would have been either from Rome or Naples. 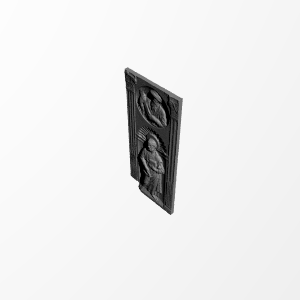