Statue of a King

Statue of a King

This statue shows a man in a long gown which is girded in the waist with a belt. The statue was brought to light in 1905 during the German excavations in Ashur. A male head discovered in 1982 by Iraqi archeologists in the area of the Ashur temple was confirmed to belong to this body. 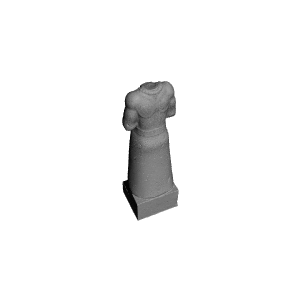