The Buzenol milestone, 44 CE, Stone, Found in the fortification of the Lower Empire from Montauban to Buzenol (prov. Of Luxembourg). Musée d’Art et d’Histoire (Musée du Cinquantenaire, Brussels). Made with RealityCapture.

Originally located on the edge of the Reims-Trier road, the marker signals the distance between it and Trier, 54 miles. It was set up in 44 AD during the reign of Emperor Claude who built this road. 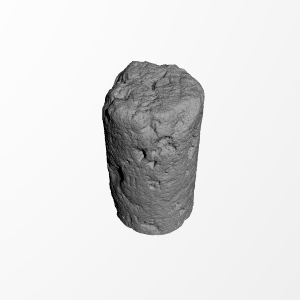