Famous "V" logo from the movie "V for Vendetta".

The futuristic tale unfolds in a Great Britain that's a fascist state. A freedom fighter known as V uses terrorist tactics to fight the oppressive society. He rescues a young woman from the secret police, and she becomes his unlikely ally 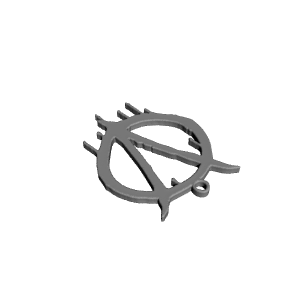