The statue of our forebears formed part of Bandinelli's sculptural project for the choir stalls of the Florentine Duomo, initiated in 1542.

Completed in 1551, the figures were separated from the Tree of Wisdom in wood and stucco, which was destroyed in the flood of 1966, just like the original base. In 1722, the group was removed from the choir stalls due to the nudity of the figures, considered obscene. It was initially moved to the Uffizi, and subsequently to the Bargello.

The matching statue of Eve can be downloaded here. 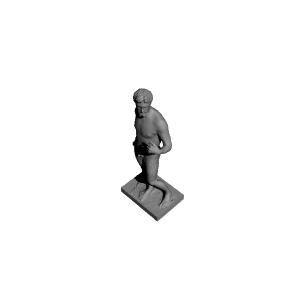 ×
0 collections where you can find Adam and Eve: Adam par Scan The World