The Air Totem is a mystical object that allows the user to harness the power of air. It is currently owned by Zari Tomaz, it appeared at season 3 of Legends of Tomorrow. It is one of five other mystical Zambesi totems presented to the great tribes.

After printing the model I sanded it, I put two coats of primer, I re-sanding it and finally I gave it two coats of golden spray paint. The details were done using acrylic paint and the brushes i used are the one’s i won in the Da Vinci and MyMinifactory challenge(Da Vinci exotic animals). In order to make the details of the letters i paint over them and then i took away the exces with a cloth. I still give another cote to the gem. I still give another coat to the paint of the gem. 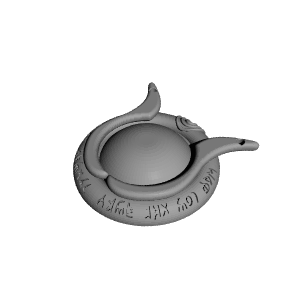 ×
1 collections where you can find Air totem par Ramon-97