This marble bust provides a naturalistic depiction of Monro in contemporary dress, possibly wearing his academic robe. The bust was probably sculpted by William Scoular (1796-1854) at around 1815.

In 1745, at the age of twelve, Monro secundus matriculated into the University of Edinburgh and by 1750 he was attending medical lectures. Monro secundus was destined to be his father’s (Alexander Monro primus) successor. By the time he received his medical degree from the university in 1755 he had already been teaching his father’s summer anatomy course for around two years and had held the position of professor of anatomy conjointly with his father since June 1754.

Like his father Monro was a highly successful lecturer, praised for his clarity and comprehensive arguments. Moreover, he became the acknowledged leader of the expanding Edinburgh medical school. Beyond the medical school Monro also possessed his own private medical practice and was a manager of the Royal Infirmary established by his father. He was also one of the earliest fellows of the Royal Society of Edinburgh and a commissioner with responsibilities for cleansing and other duties in the city.

Monro’s De venis lymphaticis valvulosis (1757) proved highly controversial with William Hunter arguing that Monro, his former pupil, had stolen the ideas of the work from his lectures. Nonetheless, Monro is noted for his other significant work on the lymphatic and nervous systems, particularly the interventricular foramen (the foramen of Monro), which were described in his Observations on the Structure and Functions of the Nervous System (1783). He is also noted for the Monro-Kellie doctrine and his work in comparative anatomy.

In 1718 Monro’s son Alexander Monro tertius (1773-1859) became conjoint professor with his father and in 1798 Monro secundus retired from teaching, thus leaving the position to his son. 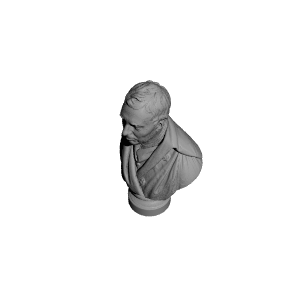 ×
0 collections where you can find Alexander Munro Secundus par AnatomicalMuseum