This is the bust of an iconic character created by Guillermo Del Toro, Angel of Death as seen in the film Hellboy: The Golden Army (2008).

The Angel of Death is a personification of death. It has no eyes on his face because its eyes are on its wings. It lives in Bethmoora and is a friend of the goblin who built the Golden Army.
While searching for the Golden Army, BPRD agents also were looking to remove the spear shard in Hellboy's chest. The Angel warns Liz Sherman that Hellboy will doom humanity and she will suffer greater if he lives, Liz accepts the consequences and the Angel magically removes the shard. The Angel then disappears, leaving the shard for the goblin.

The print on the pictures had the following settings: Layer height: 0.25 mm 25% infill. Printed on the UP(2) printer. 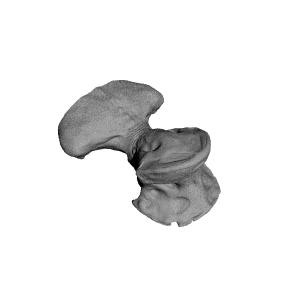