The Birmingham Post and Mail building was constructed in the 1960s and was a symbol of the rebuilding of Birmingham, England, following the devastation of World War II. demolished a year later. Designed in 1960 by John H.D. Madin and Partners (partner in charge, D.V. Smith, project architects Ronald E. Cordin and Ramon K. Wood). It was one of the earliest buildings to follow the podium and slab block form of architecture inspired by Lever House in New York City and it became the oldest example of such architecture in the UK once the Castrol Building in London had been redeveloped. It was home to the Birmingham Post and Evening Mail newspapers following its completion in 1964. 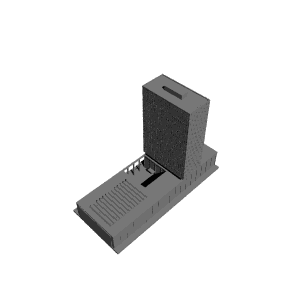