This magnificent terracotta bust was probably the life model for several other versions, including a marble dated 1738 (in Leeds). Pope was the greatest poet and critic of his day, celebrated for works including the Rape of the Lock (1712), the Essay on Man (1734), translations of Homer, and for such snappy sayings as 'a little learning in a dangerous thing'. The bust is a masterpiece by the French-born Roubiliac, who moved to England in 1730. It set an auction record for a pre-20th century English sculpture when sold in 1970. 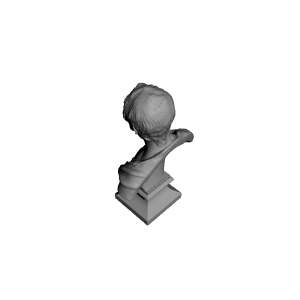 ×
0 collections where you can find Bust of Alexander Pope at The Barber Institute, Birmingham par 3DLirious