Publius Vergilius Maro (Classical Latin: [ˈpuː.blɪ.ʊs wɛrˈɡɪ.lɪ.ʊs ˈma.roː]; traditional dates October 15, 70 BC – September 21, 19 BC), usually called Virgil or Vergil /ˈvɜːrdʒᵻl/ in English, was an ancient Roman poet of the Augustan period. He is known for three acclaimed works of Latin literature, the Eclogues (or Bucolics), the Georgics, and the epic Aeneid. A number of minor poems, collected in the Appendix Vergiliana, are sometimes attributed to him.

Virgil is traditionally ranked as one of Rome's greatest poets. His Aeneid has been considered the national epic of ancient Rome from the time of its composition to the present day. Modeled after Homer's Iliad and Odyssey, the Aeneid follows the Trojan refugee Aeneas as he struggles to fulfill his destiny and arrive on the shores of Italy—in Roman mythology the founding act of Rome. Virgil's work has had wide and deep influence on Western literature, most notably Dante's Divine Comedy, in which Virgil appears as Dante's guide through hell and purgatory.

Jörg Syrlin the Elder (c. 1425 in Ulm – 1491 in Ulm) was a German sculptor who is considered part of the Ulm school. After his death his son Jörg Syrlin the Younger took over command of his workshop. His best known works are the carvings for the choir stalls of the Ulm Minster. 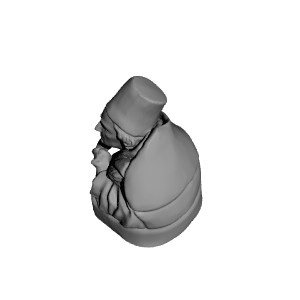