The figure showcased here is based off of the victory dance he does after clearing a level/world in DKC2, where he busts out his boom box and jives to a swingin' beat. 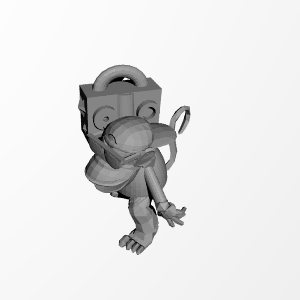