The Earth Totem is a mystical object that allowed the user to harness the power of earth. It was one of six mystical Zambesi totems presented to the great tribes. Once the Legends defeated Mallus, Nate gave the Earth Totem to Kuasa from the new timeline to protect.

Abilities of the totem on the TV serie:

Earth manipulation: The totem allowed the user to control the Earth.

Geokinesis: The totem allows its user to manipulate stone, the soil, and shape and affect it in any conceivable way. Nate used this totem to create powerful waves of the rolling earth as a projectile weapon.

Printing suggestions: The model is upload in two diferent ways one is whit the model splitted in half allowing to printing it laying flat on the bed(the second half, you need to print it mirrored) 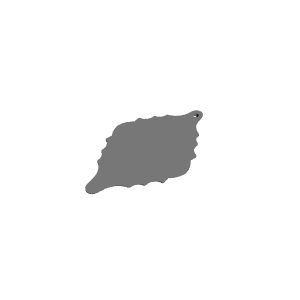