This endocranial cast was taken of William Burke after his execution in 1829.

Burke was known, with his accomplice William Hare, for his part in the 'West Port' murders. The duo took to murdering 16 people, in turn selling their cadavers to Dr. Robert Knox for dissection at his anatomy lectures. Hare was granted immunity for turning king's evidence, providing evidence for the murders and thus leading to Burke's death sentence.

Post execution, Burke's body was dissected, displayed and studied extensively in phrenology. Known as one of the most notorious criminals of Scotland, his skeleton, organs and death mask have been copied and put on display across the United Kingdom. 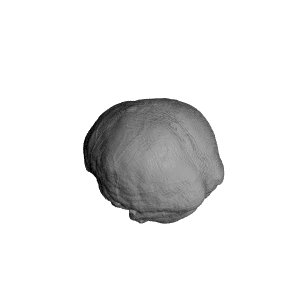