This work is one of the most significant instances of the completion of ancient statuary in the early modern era. The statue survived from Roman times into the late 16th Century only as the headless body of a Centaur, also missing most of its legs.

Giovanni Caccini (1556-1613) restored the figure of the centaur and created the figure of Hercules virtually from scratch, the feet alone having survived. The group depicts Hercules slaying the Centaur Nessus who had attempted to abduct the hero's wife Deianira after offering to carry her safely across a river in full spate.

Restored in 2015 thanks to the Friends of the Uffizi Galleries Association with a major contribution from the Hercules and Nessus Community. 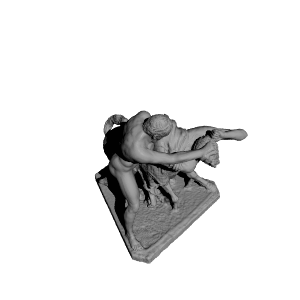