Head of a Man on a Herm (known as Xenocrates)

Head of a Man on a Herm (known as Xenocrates)

The characteristic features of this portrait (a forked beard, the way the hair is arranged on the forehead and the piercing gaze emphasised by tightly etched lines) are strongly reminiscent of the portrait of Epicurus (342-270 BC), a native of Samos and the founder of the Epicurean school of philosophy that was extremely popular between the 4th Century BC and the 2nd Century BC. Other details such as the different shape of the nose, however, suggest that this head may in fact depict an unknown thinker of the Roman era merely seeking to emulate the aspect of his favourite philosopher in his own portrait. 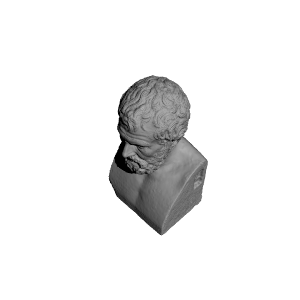