Hebe was the daughter of Jupiter and Juno, the godess of youth and cupbearer of the Gods. She became a popular figure among 19th century sculptors.

Carrier-Belleuse chose Hebe as a subject on several different occasions. He appreciated her because he could contrast the themes of drinking, feasting with the slender body of the young goddess and the powerful imagery of Jupiter as an Eagle.

This monumental version was sculpted in marble, but several other versions were made in metal too. 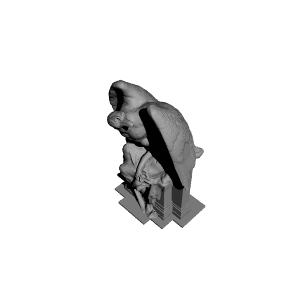